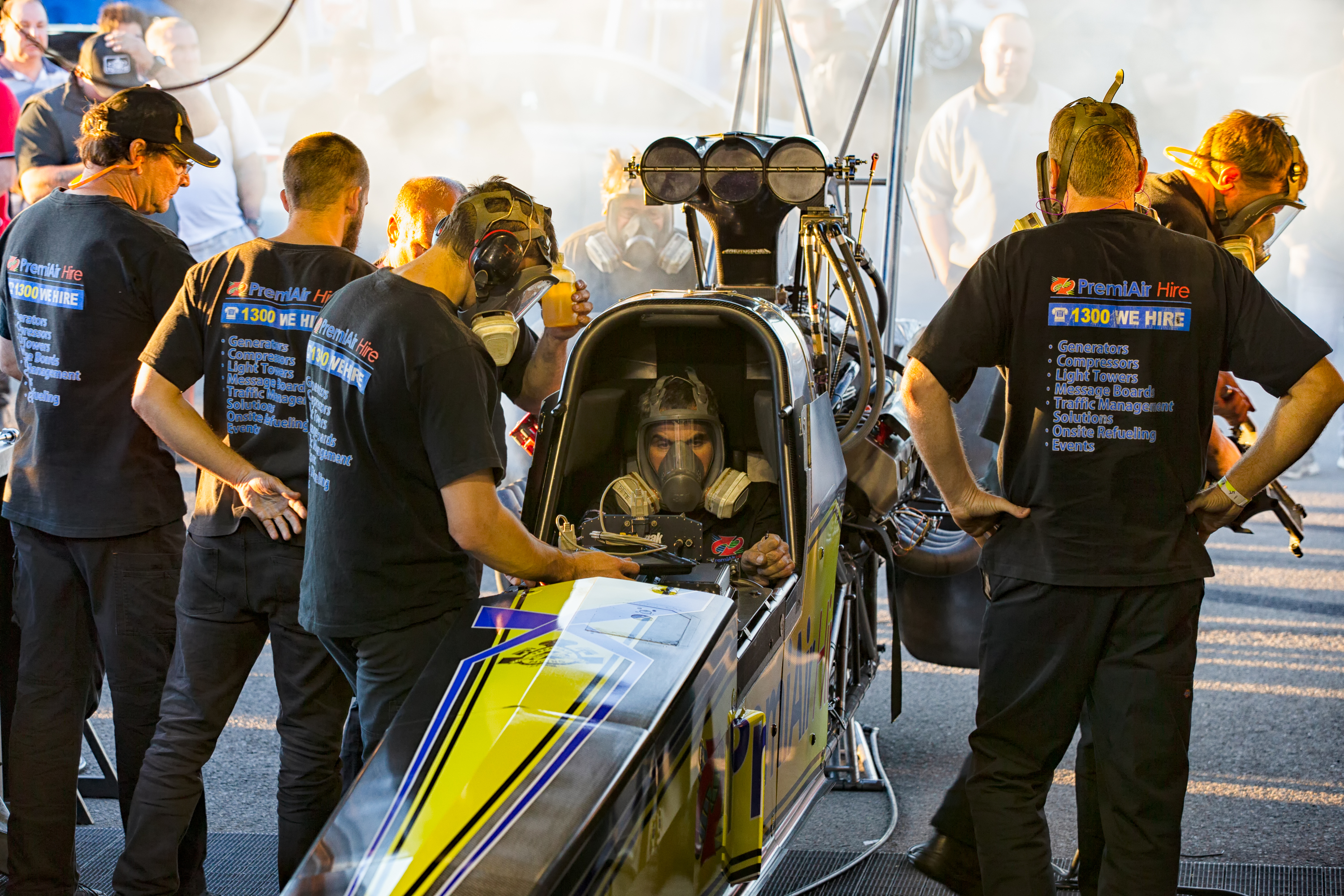 Peter Xiberras may not be competing at this week’s Gulf Western Oil Winternationals, but that doesn’t mean he won’t be keeping a keen eye on what is the largest championship drag racing event held outside of the US.

In particular, Xiberras will be keeping close tabs on how the Top Fuel title fight concludes at what is the final round of its 17/18 championship.

“It would have been great to attend the Winternationals as winning that event is the next best thing to winning the whole championship,” Xiberras said.

“With us being third on the championship points ladder for Top Fuel currently it would have been great to do battle with Damien Harris and Kelly Bettes at the final round of the season.

“While that isn’t to be, we can’t wait to see how the battle unfolds and are looking forward to what could be an Australian-first for the professional drag racing ranks if we see Kelly take out the title.

“As Brittany Force was only the second woman to win the NHRA Top Fuel Championship last year, how great would it be to see for the first time an Aussie woman breakthrough for a professional national title – and in Top Fuel and in her rookie year no less!

“At the same time, Damien is also a very tough competitor – whoever takes it out will be a very deserving winner, and everyone at PremiAir Racing is sending their best wishes for a safe and successful event to each of the 498 racers taking part in the four-day event.”

The PremiAir Racing crew continue to work to repair the damage inflicted on its Top Fuel dragster at the recent Gulf Western Oil Nitro Thunder event at Sydney Dragway.

“As our recovery continues we can look fondly back on the season that was, including our first event win earlier this season (Willowbank Raceway), setting the MPH track record at Sydney Dragway (319.14mph) and becoming the bracket MPH record holder for the 1000-foot distance in Sydney (319.14mph),” Xiberras said.

“I continue to rest up and the team are working hard to fix the damage to the front and rear of the dragster. We will also be working on the cockpit but I am undecided as yet as to whether I will repair that or replace it.”

“I want to thank everyone for keeping in touch and for their messages of support, everyone at PremiAir Racing greatly appreciates them.”