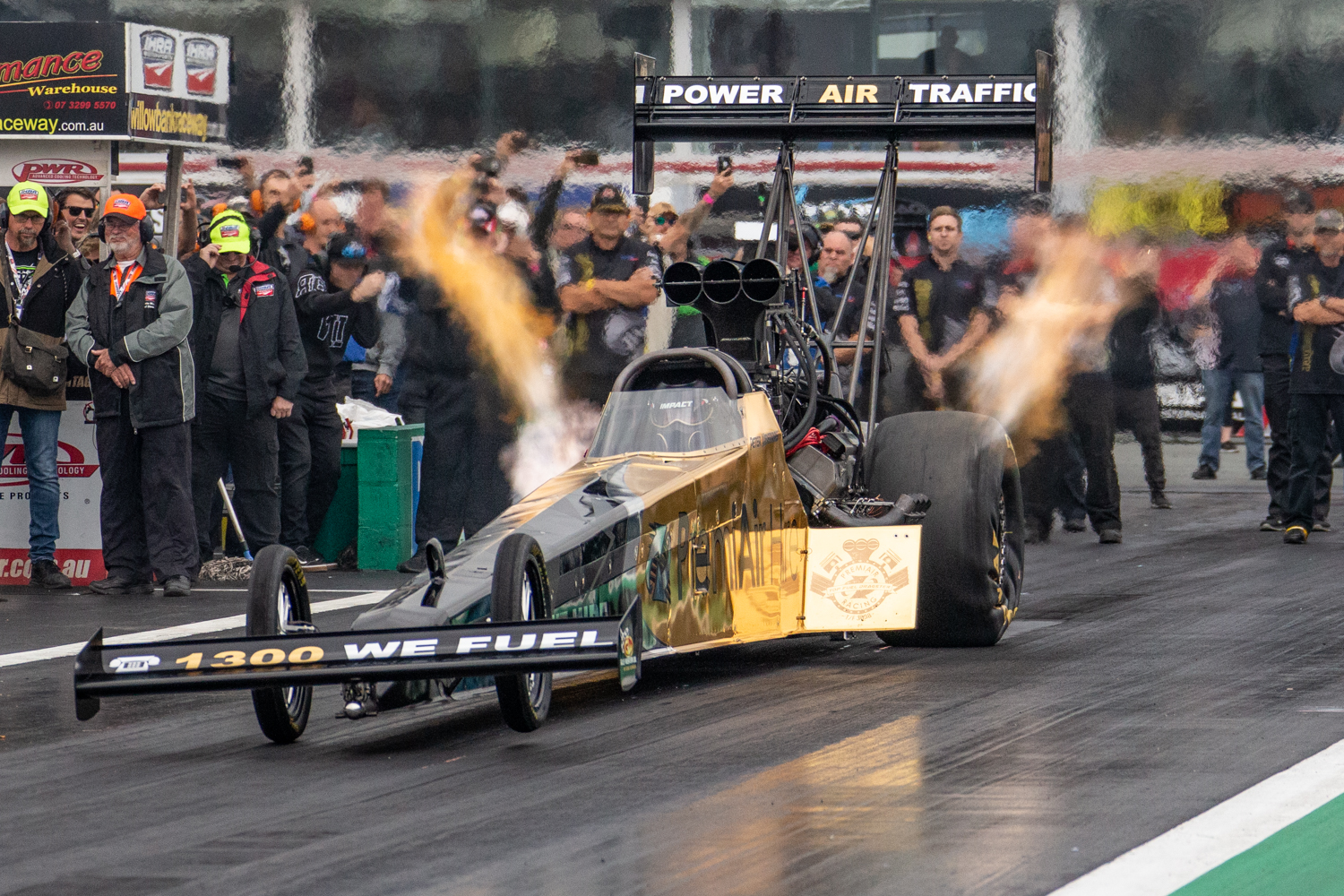 While for much of Gulf Western Oil Winternationals the weather was cold and rainy, the welcome from fans and racers alike for PremiAir Hire Racing was especially warm as the team made its comeback to racing at what is the largest drag racing event held outside of the US.

Peter Xiberras and his Top Fuel racing team have been on the sidelines since a major crash at Sydney Dragway in May of last year, but has been busy behind the scenes preparing for this weekend’s comeback at Willowbank Raceway.

Unfortunately the weather and a mechanical issue combined to reduce the Brisbane-based team’s on-track time to just two passes, but even so, the atmosphere was jovial as the team made its first steps towards what is expected to be a full tilt at the 19/20 Top Fuel Championship with a brand-new car.

“What a weekend it has been at Willowbank Raceway,” smiled Peter Xiberras.

“Results wise and track-time wise, it sure didn’t go our way. Rain saw us get only one qualifier instead of three, and then in the first round of racing I was matched up with Kelly Bettes and experienced a neutral safety switch failure – the switch is designed to neutralise the car in case the clutch welds at the end of the run so it can be pushed off the track safely without refiring the engine, but it failed and instead neutralised us at the end of the burnout!

“Even so, when we review our weekend overall we are grinning from ear to ear – the welcome we have received here at the Gulf Western Oil Winternationals has just been phenomenal and we are so glad to be back in amongst all the action and festivity of Top Fuel drag racing.

“Our congratulations goes to all of the racers on a great weekend at the race track, and especially to Wayne Newby on his well-deserved event and Top Fuel championship victory today.”

With their comeback now under their belt, PremiAir Hire Racing is looking ahead to what will be a large push for the 19/20 season.

“Our brand new car has arrived from the United States. It is currently in Melbourne and we are planning on testing in late September/early October ready for the season opener in November.

“Our sincere thanks goes to everyone who has supported us in our journey to this point, hopefully we can bring home some great results in thanks for your ongoing support in the upcoming season!”